“Americans are rapidly losing faith in the ability of Congress to deal with our country’s fiscal problems. Only action that is immediate, real and very substantial will prevent that doubt from morphing into hopelessness. That feeling can create its own reality.”

This statement stood out to me as I read an op-ed written by Warren Buffett in The New York Times. I’m a poor graduate student whose consumer confidence has sunk – to minus 49.1 percent to be exact (according to Bloomberg). This drastically low number is no surprise to me with an unemployment rate of 9 percent and an unsteady stock market; the question this begs is how does this change? The radical idea that I submit is thinking like Warren Buffett.

Have you ever wondered what would happen if Warren Buffet became chairman of the Federal Reserve? He is a man who has beaten the market 20 out of 24 years and whose bullish attitude calls to question the policies currently being undertaken by the Fed. How would fiscal policy be different if “The Oracle of Omaha” were running the show?

A recent op-ed he published in The New York Times tells us. He insists the 12 members of Congress who have been assigned to cut the 10 year deficit by at least $1.5 trillion should have a more realistic view of what America can and cannot do or “pare down some future promises” as Buffett states in his op-ed. Then, the 12 member group should focus on raising taxes especially on the mega-rich.

What does “pare down some future promises” really mean?  I’m not sure what Warren Buffet meant but I see it as the classic issue of Social Security payments. The reality that my generation accepts is that, while Social Security will still be around at retirement, the benefits will decrease to some cents on every dollar I put into it (I approximate 70 cents per dollar).

The major problem, however, is revenue and not expenditures. Warren Buffett paid approximately $7 million in taxes last year, including payroll taxes. That’s a bargain 17.4 percent. I paid more than that while working and I can assure you I made significantly less than Warren Buffett. The shared sacrifice that is so often quoted by government needs to come from the rich and poor alike; currently the scale is heavily tilted towards the poor.

Congress can either increase taxes or change rules to increase revenue. Paying $7 million on a taxable income of $46 million (17.4 percent) while employees pay 32.9 percent isn’t fair. I’m not saying that the rich or mega-rich be taxed unfairly, I’m simply asking for equality. The other option is an overhaul of the tax systems and codes. Billionaires continue to benefit from loopholes in the tax code that can be changed if the effort was made.

These changes would no doubt increase consumer confidence because it will lead to a feeling of equal suffering during these hard times. This is where Congress and the Fed’s effort really needs to be. This is no easy battle but it seems no one is even willing to try. 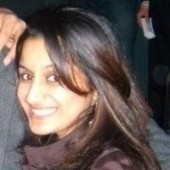 A Pro-Women Opportunity for U.S. Policymakers