All’s Fair in Danish Taxation – But What About the U.S.?

Two weeks ago, when President Obama announced his plan to ensure that millionaires pay at least the same tax rate as middle-income Americans, tax cut advocates came out in force.

Some fiscal conservatives rumbled against the United States’ overly progressive taxation system, arguing that many countries, like Denmark, have flatter tax rates than the United States. Others argued that lower income earners should step up to the plate and pay more taxes, especially since wealthy Americans are supposed to pay 35 percent of most of their income in marginal taxes  (though 2009 IRS data indicates wealthy Americans actually pay 24 percent). Still others, like Representative Paul Ryan (R-Wis.) called the plan “class warfare.”

Dr. Richard W. Rahn, an economist and chairman of the Institute for Global Economic Growth, argued in an op-ed published in The Washington Times entitled “Growing the Economy for Dummies” that even Scandinavian countries tax their citizens much more fairly than the United States does.  He also cited Denmark as an example, where the bottom third of income earners pay 14.1 percent of all taxes and the richest pay 48.7 percent, while the bottom third of Americans pay only 6.1 percent compared to 65.3 percent for the top third.

The argument that the United States could learn from Denmark or other Scandinavian countries’ flatter tax systems, or that lower income Americans should “pull their weight” ignores the fact that Americans don’t get the same social benefits from their taxes as Scandinavians, or many other developed democracies.

This means that in comparison with Scandinavians, a flatter tax system would leave more Americans with much less discretionary income.  While an American millionaire under the highest marginal income tax rate (35 percent) takes home $650,000 after taxes, a household earning the middle income salary of $61,801 taxed at the same rate would have $40,170 after taxes, a difference of $609,830.  And they’d still have to pay for healthcare, childcare, college and other expenses, most of which are paid with the higher taxes under Scandinavian systems.

Americans pay on average $13,375 per year for health insurance, and $5,718 annually for childcare. Danes and Swedes have free universal health insurance, and Swedes pay no more than 1 percent of their income for childcare, and enjoy 480 days of joint paid parental leave. Americans pay an average of $16,140 per year in tuition and fees at an in-state college, almost twice that for out of state; for Swedes and Danes, higher education is free, and Swedes can choose between free private or public primary and secondary education.

Asking the lowest or middle income earners to pay more taxes without increased social benefits severely reduces their discretionary income or buying power and would definitely diminish their ability to become entrepreneurs, go back to school or otherwise fuel the American economy.

Enacting a law that would ensure millionaires pay at least the same percentage of their income as middle-income taxpayers is neither class war nor a sign that the United States is the victim of a hopelessly progressive tax system, and could actually help lower our deficit. Millionaires are not the only job creators or engines of the economy. So far, Republicans and even Democrats appear to miss that point. This “Buffett bill” will not necessarily reduce inequality in this country or improve what little social net the United States has, but ignoring tax evasion by the rich while asking lower income Americans to contribute more is clearly not the answer. 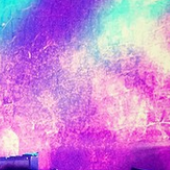 A Cure That’s Worse Than the Disease