Recently, Mr. Trump told CNN’s Anderson Cooper, “I think Islam hates us.” This sentiment isn’t surprising given Trump’s previous prescriptions for dealing with Islamic terrorism which include “taking out” their families and torture. Regarding torture, he’s written, “nothing should be taken off the table when American lives are at stake…The enemy is cutting off the heads of Christians and drowning them in cages, and yet we are too politically correct to respond in kind.” His call for a “total and complete shutdown” of borders to Muslims immigrants has been well covered.

Mr. Trump’s call for brutality and border closings has terrifying implications for those living beyond our borders, particularly in countries where – due to fear – Muslims are already oppressed.

Consider the Rohingya, a Muslim people living as second class citizens in Myanmar. To escape abuse, thousands flee every year, willing to risk starvation, rape, and death in the hope of reaching a better life. Amnesty International recently described the conditions on the human smuggling routes as “hellish.” In 2015, hundreds of Rohingya floated for days in the Andaman Sea on rickety boats while countries made excuses for not accepting them. While they were eventually rescued, these Rohingya and others who made it to safety now live as refugees in countries like Thailand and the Philippines.

Chinese Uighurs, a Muslim minority, are repressed and marginalized by their government. Laws prohibit them from observing religious practices and holidays. “At its most extreme, peaceful activists practicing their religion in ways that the Party and government deem unacceptable are arrested, tortured, and at times executed,” writes Human Rights Watch.  Party officials fear Islamic radicalization and are skeptical of the Uighurs’ loyalty to the state.

Russia’s oppression of Muslims in the Republic of Chechnya is longstanding.  Last month, foreign reporters and human rights investigators were beaten by masked men near the Chechen border. Many were hospitalized. “It seems the goal wasn’t to maim or kill people but the goal was to scare them. They said there is nothing for you to do in Chechnya, you aren’t human rights defenders but supporters of terrorists,” said Committee Against Torture lawyer Dmitry Utukin.  When Russia annexed Crimea, many Muslim Tatars were abducted, interrogated, and persecuted.

Most of these abuses have been going on for years, long before Trump was a front-runner in the Republican primary. Although he didn’t cause them, he is supporting them with his rhetoric. When Trump advocates for torture, targeting terrorists’ families, and sealing borders in the name of security, he is saying that the ends justify the means. Many who persecute minority populations in the name protecting the state and its citizens applaud this justification. Mr. Trump’s prescriptions for keeping America safe are terrifying if applied to the Chechens, Uighurs, Rohingya, and other minority populations. Mr. Trump’s words are music to autocrats’ ears.

When the President of the United States speaks, the world pays attention. If elected, we hope that Trump would use his pulpit to stand up for human rights worldwide and condemn the mistreatment of minorities, whatever their religion. Given his rhetoric, it is difficult to imagine him doing so. If he did, it wouldn’t ring true. Does an American President who advocated torture and the targeting of terrorists’ families have the moral high ground to condemn those persecuting restive populations? Can a president who advocated sealing America’s borders to repressed Muslims advocate that others act compassionately?

For decades, America has worked hard to promote universal human and political rights. When our politicians advocate undermining these rights in the name of security, they undercut these efforts. Given America’s place in the world, our leaders should strive to set an example through their words and deeds. Unfortunately, if others follow Donald Trump’s words, millions of the world’s most vulnerable would suffer.

7Melinda Haring and Alina Polyakova, “The Misery and Terror of Life Under Putin in Crimea,” Newsweek, March 23, 2016, Accessed April 14, 2016, http://www.newsweek.com/misery-terror-life-under-putin-crimea-439189 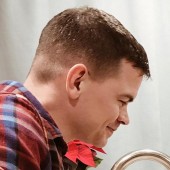 Crystal Ball and New World Order: Predicting the Future Can Jeopardize the Present