Following an election fraught with controversy, claims of rigging, and escalating political violence, Kenyans are losing faith in the ability of their government to move forward. Incumbent Uhuru Kenyatta and his Jubilee party triumphed at the polls, but the country’s voter turnout floundered at a lowly 48 percent. Post-election, opposition supporters and police clashed, leaving four dead. Opposition leader Odinga called the new Kenyatta government “illegitimate” and called for an international intervention.

How did these contentious elections come to be and what does the healing process for the country looks like?

Since gaining independence in 1963, Kenya has been the poster child for African stability. The blooming democracy, however, must reconcile with Kenya’s strong tribal ties and distrust between ethnic groups. Kenya consists of over 40 tribes, with members typically voting along tribal and ethnic lines. The five largest groups make up 70 percent of the country’s population, but political hopefuls often court smaller groups to garner votes.

Due to the nature of these divisions, elections have historically been violent – opposition party members are frequently targeted by majority parties. In the 1980s, opposition leader Raila Odinga and his father Jaramogi Oginga Odinga (of the Luo tribe) both spent time in prison due to their affiliation with groups opposing those in power.

More recently, in 2007, violent opposition to President Mwai Kibaki’s declared win resulted in between 800 and 1500 deaths and displaced 180,000 to 600,000 citizens. Members of Kibaki’s tribe, the Kikuyu, were targeted by opposition members, leading to accusations of ethnic violence.

These tensions have not receded in recent years. Instead, they played a hand in the instability of the recent presidential election. Kenyatta is a member of the dominant Kikuyu tribe, which has controlled Kenyan politics since the country’s independence. Odinga’s opposition party members primarily belong to marginalized tribes living in rural towns and urban slums. Odinga has used this disparity to win votes. Contrasting the lavish lifestyles of Kenyatta government officials with the subsistence lifestyle of opposition party members, Odinga has reached across tribal lines to win votes from historically marginalized communities.

To add to the mess, recent environmental downturns have exacerbated existing tribal and political divisions. After the spring rainfall fell 75 percent from the 5-year average, 2.6 of 48 million citizens found themselves lacking access to proper food resources. The Kenyatta administration introduced price controls and lifted tariffs, but did not act quickly enough in the eyes of the opposition. Kenyatta’s party has been criticized for introducing programs that benefit big farmers while ignoring the needs of smaller and more marginalized tribes and herders.

“The drought has become a major political issue,” said Alex Fielding, a senior analyst at Max Security Solutions. “The opposition National Super Alliance led by Raila Odinga has deliberately tapped into public anger, to blame president Kenyatta for failing to plan, mitigate and respond to the effects of the drought.” Odinga even went as far as to say that he wouldn’t stop until the white-owned ranches were dismantled. These environmental stressors were salient political triggers as tribal divides deepened in the contentious elections.

Back to the Election

By all indicators, in the run-up to the election, things were proceeding smoothly. Opposition members showed up in record numbers to vote in the August 2017 election, and reports indicated that the election proceeded nonviolently and polls were carefully monitored.

Odinga disagreed. After he filed a legal challenge, the Kenyan legal system affirmed his claims of corruption, to a point. The supreme court found that the Independent Electoral and Boundaries Commission committed “irregularities and illegalities” when receiving results from polling stations. While neither candidate was at fault, Odinga capitalized on the moment to accuse Kenyatta’s party of corruption. When Kenya’s Independent Electoral and Boundaries Commission set a re-election date of Oct. 26, Odinga demanded a new electoral commission. When his requests were not met, he dropped out. Cue the protests and political violence.

Ultimately, the staying power of ethnic divisions and persistence of environmental stressors will continue to provoke political flashpoints and destabilize Kenyan democracy. Odinga and Kenyatta have utilized existing tribal and ethnic divides to garner votes in a country with a history of deeply divided elections. Until broad-reaching coalitions find ways to reach minority members of the Kenyan community, political violence and mutual suspicion are likely to continue unabated. 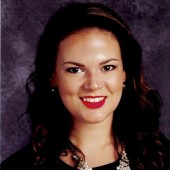 Laura Sigelmann is a first-year dual-degree Masters student at the LBJ School of Public Affairs and Jackson School of the Geosciences. Her focus is international environmental security, climate change, and conflict - she is particularly interested in the ways the environment can influence political systems. She received her B.A. in Earth and Environmental Science from Vanderbilt University in 2013, and took a brief career detour to teach AP Calculus and Algebra II at a low-income charter school in Dallas. She is thrilled to be on the receiving end of education again, and hopefully her professors aren’t rolling their eyes like she did.