The Cockrell School has said in a statement that its new distinguished lecture series “aims to bring influential leaders…to the Cockrell School [and] offers students an opportunity to hear and learn from successful individuals at the top of their fields.”

I feel let down by the Student Engineering Council for selecting Rex Tillerson, former CEO of ExxonMobil and former secretary of state for the Trump Administration, as the series’ inaugural speaker. The engineering school hails Tillerson as a symbol of success and a mentor for young engineers. But a person’s honor should not be measured by the position they have reached in the private or public sectors.

During the lecture, Tillerson spoke on the United States’ future energy mix. He cast environmental activists as “wishful thinkers” and argued that fossil fuels will still make up the lion’s share of the U.S. energy mix in 2040. To support this, he cited energy transitions of the past: it took almost a century to transition from wood to coal as our primary energy source and three-quarters of a century for petroleum to overtake coal.

A technology optimist might expect a more aggressive timeline for a U.S. energy transition from fossil fuels to renewable alternatives. But Tillerson does not speak with urgency about transitioning towards decarbonized energy systems, nor does he seem to grasp the imperative of doing so at all.

A recent report from the Intergovernmental Panel on Climate Change (IPCC) and other research published by the climate science community support the claim that we no longer have a century to pivot towards a decarbonized economy. Delaying the transition away from fossil fuels will trigger more and more environmental and humanitarian consequences.

Tillerson also touched on other topics, like his view that subsidizing the renewable energy sector impedes innovation of businesses. Perhaps his strongest talking point was the importance of integrity. “If we do not as Americans confront the crisis of ethics and integrity in our society…then American democracy as we know it is entering its twilight years,” Tillerson said. He also stated that “becoming a leader is what happens when you embrace a life of integrity.”

Allowing someone who is in hot water over his inaction on climate change to be an authority on the future of energy or on integrity seems like the sort of ethical crisis cited by Tillerson. And a quick look at worldwide leadership contradicts Tillerson’s message about the relationship between leadership and integrity. It seems that if a person acquires enough power and money, they are given a platform to talk about whatever topics they please. It is these types of global power structures that support the dangerous lack of ethics that are, as Tillerson put it, plunging the free world into twilight.

Brittany Speetles is a Mechanical Engineering graduate student in the Thermal Fluid Systems department at the University of Texas at Austin. 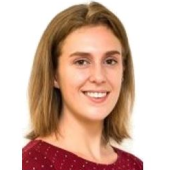 Brittany Speetles is a first-year Master's and Ph.D. candidate in the Cockrell School studying Mechanical Engineering (Thermal Fluid Systems). She graduated from the University of Texas at Austin in 2018 with a Bachelor of Science in Mechanical Engineering, and has several years of research experience at the Webber Energy Group. Her research interests include sustainable energy systems, the food-energy-water nexus, and climate change mitigation.

The LBJ School at 40