Changing a system of segregation requires more than single-member districts

Minority underrepresentation on Texas school boards is failing thousands of school children each year, as reported in the Texas Tribune’s investigative reporting on school dis-integration. Districts, such as the Richardson ISD, while representing a significant proportion of students of color, have just one person of color serving on the school board. In January, proponents for change made progress, moving from seven at-large seats to five single-member districts, with two of those districts having a minority-majority makeup. While this is progress, Richardson ISD has, instead of restructuring a powerful underlying system, further entrenched segregation into their electorate. The five single-member districts are gerrymandered to ensure a specific outcome, two people of color elected to the board, but continue to incentivize white people and people of color to segregate into neighborhoods based on their race in order to create a voting bloc. To truly restructure the system, Richardson ISD should move to seven at-large seats and implement a system of ranked-choice voting.

Ranked-choice voting is based on the idea of fair representation voting, which is rooted in the notion that an elected body should match a population’s racial, ethnic, and political makeup. Current winner-take-all systems of voting sometimes have the opposite effect, exaggerating the power of majorities while minimizing minority voting blocs. Indeed, the at-large, winner-take-all system in Richardson, TX looks just like that, with seven seats held by white board members in a district where Black and Hispanic students make up 60% of the student population.

What, then, is ranked-choice voting and how can it help? In a ranked-choice voting system, citizens rank each candidate on election day from most- to least-preferred. Then, in the counting phase, if a candidate does not reach the threshold, the candidate with the fewest “first” votes is disqualified and anyone who put that candidate as their first choice will then have their vote cast to their second choice. This iterative process maintains the core belief of “one person, one vote,” minimizes wasted votes, and encourages positive campaigning and coalition-building. In the case of Richardson ISD, it would empower minority candidates who might not receive the majority of “first votes” in at-large races because white people constitute such a powerful voting bloc.

While a number of other countries use ranked-choice voting, it has begun to take hold in the United States, too, with Maine recently adopting it for a congressional race. One notable example, however, is Cambridge, Massachusetts. In Cambridge, both the city council and school committee are elected through the process of ranked-choice voting. Implemented in 1941, ranked-choice voting has helped ensure that African Americans have almost always been fairly represented on the city council and school committee. One report showed “that at-large ranked choice voting has benefited candidates from ethnic and political minority groups, who would have been unlikely to win election under a winner-take-all system.” In a time when Texas school boards are facing increased scrutiny over current and historical segregation, this simple switch could prove effective.

Of course, critics will raise a number of objections. First is that ranked-choice voting is too difficult to understand. While there is some merit to the complaint that the process is confusing, the actual act of voting is as simple as listing, in order, one’s preferred candidates. Second, Richardson ISD’s move to single-member districts with majority-minority voting blocs seems to solve the problem. Yet, without changing the underlying power structure embedded in the electoral process, it will only further entrench the very problem: racial segregation. At-large elections with rank-choice voting remove geography from political power and instead emphasize fair representation.

As seen in the Texas Tribune, a number of Texas Independent School Districts are failing to integrate fully, resulting in perpetuated segregation. Districts such as the Richardson ISD fail to elect a school board that fairly represents the population it serves. Having a diverse, representative board will help ensure each child in a district has a representative voice in the decision-making process. Because of this, districts across Texas that are struggling to fairly represent their populations should turn to ranked-choice voting. 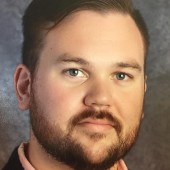 Timothy J. Michalak is a candidate for the Master of Public Affairs (DC Concentration) at the LBJ School. He graduated from Fitchburg State University with a bachelor of arts in history education, and he is interested in equal opportunity policy, particularly at the intersection of urban housing policy, poverty, and education. Prior to graduate school, Timothy worked as a high school social studies teacher in a Title I school and as a program supervisor for the federal Upward Bound program.