This piece won second place in the 2019 Baines Report Op-Ed Contest.
_
Immigrant children with disabilities are suffering neglect and abuse under the hands of the Trump Administration. These children, who require specialized services and treatment, have often been separated from guardians and have been placed in facilities with insufficient oversight. Amid increased reports of abuse, neglect, and lack of services, the federal government must act immediately to secure the rights of immigrant children, particularly those with disabilities.

The administration’s “zero tolerance” immigration policies have led to the separation of migrant children with disabilities from their guardians. In one case, a child with epilepsy and Autism was separated from his grandmother and detained in a detention center across the country. “While minor was in our care and even upon minor’s release, his overall well-being has significantly suffered due to be separated from his grandmother,” wrote Yunen Rodriguez, with Heartland Alliance in Chicago, which is funded by the U.S. Office of Refugee Resettlement.

Reports of abuse and substandard care are rife in youth detention centers. In one facility, officers forced children with developmental disabilities to fight for food. A Texas detention center has been accused through a class-action lawsuit of rampant abuse, including the forced injection of psychotropic drugs. Reports by the Office of the Inspector General have also raised concerns about the Customs and Border Patrol (CBP) and Department of Health and Human Services (HHS) custodial system. The lesson is clear: family separation poses unique dangers for children with disabilities, especially those with limited cognitive or verbal abilities.

These reports underscore the need for oversight and accountability. Protection and Advocacy systems (P&As) have been granted access to immigrant detention facilities and are investigating conditions for children with disabilities. These groups are publicly voicing concerns, but media organizations must also gain full access to detention facilities to ensure these concerns are addressed.

HHS retains responsibility for the wellbeing of children in its custody, even if services are ultimately provided by third parties. The agency is required to complete a variety of assessments and individual care plans for each child and subsequently provide every child with appropriate education and healthcare, according to the Office of Refugee Resettlement. But limited oversight and lack of public access to these facilities are an immediate danger to minors detained within them. Children with disabilities are a vulnerable population that require a level of protection that the current system seems unable to provide.

Increased accountability in the form of robust monitoring by external agencies, including protection and advocacy groups, would aid in protecting these rights. More public reporting by CBP and HHS would increase public accountability of these agencies. If the United States is to fulfill its responsibility of protecting children with disabilities, reporting and monitoring must improve. 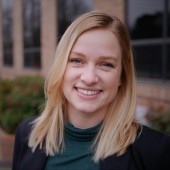 Lynn Murphy is a second-year Master's in Public Affairs student at the LBJ School of Public Affairs. A former special education teacher for Austin Independent School District, Lynn also worked in the nonprofit sector before joining her class at the LBJ school. She continues to be passionate about policy issues including disability rights, especially through the lenses of education and human rights. After LBJ, Lynn plans on pursuing advocacy in the policy realm for vulnerable populations, including students with disabilities.

She may be radical, but AOC has not gone far enough on taxes