While pursuing a Master’s degree at American University, Andrew Hallman took a class taught by a professor on sabbatical from the CIA. As he learned of the pivotal role intelligence plays in policy and security, Hallman wasn’t satisfied. He wanted to know more. Three years after earning his degree and many background checks later, he followed that desire into a job at the CIA.

Now the Principal Executive of the ODNI, Hallman considers it his mission to establish a strong relationship between the American public and the Intelligence Community (IC) that he has worked in for the last 30 years. To do so, he connects with the public whenever possible and jumps at the opportunity to speak with students. It is under this premise that Hallman visited the Lyndon B. Johnson School of Public Affairs at The University of Texas on Dec. 5, 2019.

During Hallman’s visit, he met with students across campus, gave a presentation on U.S. intelligence to a packed auditorium in the LBJ School building and took time to answer some questions about himself, his career and the IC.

Andrew Hallman on His Career

What was a day like as President Obama’s briefer?

I got into work around midnight to begin reviewing the pieces going into the president’s daily brief the coming morning. In addition to the brief, I had to be situationally aware of everything that was going on in the world. It’s like cramming for a final every single day. The stories change, the international issues change and the threat actors change. Each day is different, and I was not only cramming for a final but also performing that final for the most senior people in the U.S. government.

How would you describe your time as the Deputy Director of CIA for Digital Innovation?

When the CIA created the digital innovation directorate in 2015, it was the first such change in 53 years at the agency. Natural human tendency is to resist change, so the challenge for me wasn’t on the technical side—we had brilliant technologists for that. My job was to lead a large, new organization and establish a vision for how this change would help the CIA and the professionals there do their job of securing the nation. That’s why a liberal arts major like myself got the position.

You’ve worked in many other highly technical positions within the CIA, how did you end up in those positions given your liberal arts background?

Throughout my career, I learned enough about technology to understand its application to national security. It’s not that I had to be an engineer to do my job, but I had to know how to apply technology as an instrument of national power or a tool of intelligence. Technology is instrumental to our work, and if we do not learn how to adapt and apply it, we will lose relevance as our adversaries progress.

What is your job like now as the Principal Executive of the ODNI?

Long. My days are packed full for 12 hours, and that’s where I have to cut it off. The majority of my job is leading people—steering large organizations and making principal decisions about resources.  It’s intense but hugely gratifying, as I bear witness to and get to be a part of brilliant work. Serving the men and women of the IC is very rewarding.

Efforts of the IC

How does the IC compete with foreign adversaries?

It’s varied. China, for example, as an ancient culture with a long term perspective, has made strategic investments in projecting influence that spans successive changes of US administrations. The Intelligence Community, therefore, must provide intelligence that helps our elected leaders who change office every few years make sound decisions that position the US to dominate our adversaries over the long term.

How would you describe the relationship between the IC and social media giants?

We are in an interesting period because there is a rising call for accountability on social media platforms to distinguish between free speech and malign influence projected by our adversaries. I don’t think the American public has a full appreciation of the lengths to which adversaries are trying to sow divisions in our society. They intend to shape our discourse in a way that will impact our choices at the ballot box and potentially compromise the integrity of our democratic system. That’s something Americans should be deeply concerned about because it frankly denies them the right to choose their own political destiny. I want to raise awareness about these issues so that the public can apply a more discerning eye to what they see, read and hear, as they are truly on the front lines.

What is a company’s role in policing their own platforms?

They should view themselves as part of the solution. It’s not easy. How do they judge what’s legitimate free speech and what’s foreign influence? That question is made even more difficult as adversaries apply the power of machines to amplify messages and weave artificial content into legitimate discourse. It’s hard, and we get that, but we need our commercial partners to be part of the whole-of-nation approach. We can’t have artificial separation.

In light of the 2016 presidential election, are we better prepared for the upcoming election?

We are better organized and better equipped to understand what the threats are and defend against them. However, I think we have to look at this as a long-term campaign. Even outside of elections, adversaries are attempting to influence the way we think. These attempts will be consistent and enduring, so we must view this as a constant line of business for the IC.

A Word to Students

What do you say to students interested in serving in the IC but tempted by benefits that the commercial sector offers?

As students face their choices of employment and the potential for higher compensation within the commercial sector, the advantage we have is a true purpose and intrinsic motivation for what we do. That’s not to say that the commercial sector can’t be meaningful, but our comparative advantage is in serving the country. In addition, within the IC, there is room to work multiple careers and gain a true variety and diversity of experiences. You’re never bored because it is so dynamic, challenging and interesting. To be in a career for 30 years like I have, you need it to be interesting.

One last question, what did you do as a student that made the greatest difference in your career?

Early on, I made the decision to always choose the opportunity that I wasn’t naturally inclined to—whether that be a job or some other opportunity. I learned the most when I was challenged in this way, and it made me a more diverse and marketable employee.

Hallman’s visit to UT recalls the mission of his office and the story of how he came to his profession. It was in a classroom like those in the Lyndon B. Johnson School that he realized his interest in national security. Today, he brings his story full circle as he encourages students towards their passion for public service like his professor did for him all those years ago. 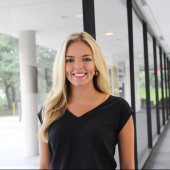 Taryn is the Editor in Chief of The Baines Report and is a candidate for the Master of Public Affairs (DC Concentration) at the LBJ School. In her year at the LBJ-Austin campus, Taryn worked as the graduate research assistant for the Clements Center for National Security at The University of Texas. Now in our nation's capital finishing her degree at the LBJ Washington Center, Taryn works for the Professional Services Council, where she focuses on the cross-section of defense, intelligence and acquisition.

The Turks vs. the Kurds: a New Dimension in Syrian Conflict?

A Letter for Diversity