On Thursday, January 23, Austin’s City Council passed a resolution that would effectively block local law enforcement from prosecuting low level possession of marijuana charges. Although there is a growing movement across the country toward decriminalization and legalization of cannabis, the council resolution takes advantage of a more bureaucratic process to defang prosecution.

The controversy began after Congress legalized hemp production in 2018. In response, Texas state lawmakers looked for ways to expand the state’s agricultural sector and open up the market to Texas farmers. In 2019, the Texas Legislature passed House Bill 1325, the Hemp Farming Act. Consumer hemp products—like cosmetics, cloth, paint and paper—were legal prior to HB 1325, but manufacturers had to buy hemp from other states. The Hemp Farming Act legalized the cultivation and production of hemp.

The Hemp Farming Act passed with bipartisan support in the Texas legislature, and on June 10, Governor Abbott signed it into law. Despite the economic boon to farmers that versatile hemp crops could provide, some public officials worried about enforcement of existing laws against possession of marijuana, which is still illegal at the state and federal level. The Texas Department of Public Safety’s crime lab director, Brady Mills, testified to the Texas House Agriculture and Livestock Committee in April 2019 about concerns with prosecuting possession of marijuana cases.

Problems with Enforcement After HB 1325

Under federal law, marijuana is still a Schedule 1 drug. However, it is legal in eleven states (Alaska, California, Colorado, Illinois, Massachusetts, Maine, Michigan, Nevada, Oregon, Vermont and Washington) and the District of Columbia. In 2019, the House Judiciary Committee approved a bill that would legalize marijuana at the federal level, although the majority Republican senate is not likely to consider it.

Currently, the law classifies possession of less than 2 ounces as a class B misdemeanor; a conviction could result in up to 180 days in jail and a $2,000 fine. Between 2 and 4 ounces is a class A misdemeanor, with penalties of up to a year in jail and a $4,000 fine. However, the legalization of hemp production complicates prosecution of illegal possession as the line between legal and illegal is blurred.

HB 1325 defines illegal substances as cannabis samples with more than 0.3% THC, the psychoactive component of the plant. Many legal hemp products—like CBD (cannabidiol), a derivative of hemp popularly used for chronic pain, anxiety and childhood epilepsy— contain trace amounts of THC. Since these products are legal under HB 1325, prosecutors need new methods to test hemp samples and determine legality.

New forensic tests to measure THC concentration are still expensive, and this technology is not readily available to crime labs across the state. This means prosecutors do not have the required evidence to convict people for possession of marijuana, and cases will be delayed until crime labs are outfitted with the new equipment. Contrary to legal precedent, Governor Abbott says testing isn’t necessary. He states in a letter to district and county attorneys that circumstantial evidence is enough to prosecute and convict cases.

Soon after the passage of HB 1325, to avoid the complications with testing, prosecutors across the state dropped low level marijuana cases. In response, Governor Abbott, Lieutenant Governor Dan Patrick and Attorney General Ken Paxton issued letters to Texas District Attorneys urging them to prosecute marijuana charges regardless of the cost of testing, which the Texas Department of Public Safety (DPS) estimates at an additional $5.5 million.

Although $50 million was earmarked specifically for marijuana testing, DPS noted that there were 80,000 misdemeanor arrests statewide in 2018. As cases are delayed while lawmakers and public officials decide how to move forward with enforcement, the backlog of samples piling up in crime labs means an overwhelming amount of catch up for staff once testing becomes available. Even with extra funding, DPS struggled to keep up with testing before the 2019 Hemp Bill further complicated matters.

Texas DPS is teaming up with Sam Houston University in Huntsville to develop THC testing for Texas crime labs as early as March. Even with such technology, roadside testing won’t be available in the near future, raising questions about relying too heavily on officer discretion and adding to the existing backlog of untested samples. These problems with prosecution haven’t translated into effectively legal marijuana though. Even if prosecutors avoid trying cases in court, law enforcement can continue to make arrests and issue citations for possession of marijuana.

Austin’s City Council, with unanimous support, passed a resolution in January of 2020 that prevents the police department from spending city money on THC testing equipment. While the resolution doesn’t decriminalize marijuana, its message is a clear stance against policing recreational marijuana users. Supporters point to the racial inequities in policing as one of the drivers of the resolution.

Disproportionate Outcomes of Policing for Communities of Color

A City of Austin Joint Report published in January 2020 analyzing racial profiling data from the Austin Police Department showed that between 2015 and 2018, black and Latino residents were much more likely to be stopped by police. This disparity is especially pronounced for the black community.

In 2018, black residents made up 8 percent of the Austin population, 15 percent of motor vehicle stops, and 25 percent of all arrests. While the Austin Police Department’s 2018 Racial Profiling Report claims that black residents have higher “hit” rates—or incidence of officers finding illicit substances during searches—this percentage of “hits” compared with stops does not account for the fact that more black people are being stopped than people of other racial groups. The 2020 City Joint Report also showed that black residents were significantly more likely to be subject to high discretionary searches—when an officer relies more on judgement than protocol to search an individual.

Unfortunately, the report indicates that these trends are getting worse over time, with higher rates of traffic stops involving black and Latino residents than white residents. Furthermore, the city’s report shows gross disparities in arrests versus warnings based on which side of town the stop happens in. There is a clear pattern of arrests in East (and South) Austin, compared with the numerous warnings given in West (and North) Austin.

East and South Austin are traditionally home to black and Latino residents, while West and North Austin have a higher number of white residents. Median family income by census tract shows that police are more likely to make arrests in neighborhoods that are lower income and home to people of color.

As high-end developments and gentrification take over the the East side, lower income communities of color will likely be criminalized and policed more heavily. A 2017 article by a UCLA political scientist, Ayobami Laniyonu, published in the journal Urban Affairs examines this relationship between gentrification and increased police presence. Along with urban theorist and historian, Mike Davis’s 2006 book, City of Quartz, both show a statistical relationship between development and increased police presence in neighborhoods adjacent to gentrification in New York City and Los Angeles.

Chief of Police Brian Manley stated that “nothing will change” in light of the new HB 1325 and the local resolution. He insisted that the police have changed priorities over the past few years, minimizing the impact of low-level cannabis arrests, but maintains that marijuana is still illegal. The focus of police intervention, he says, is crime associated with drug deals.

APD saw a 57 percent reduction in misdemeanor arrests of people eligible for citations in marijuana stops compared to 2018. However, many are concerned with officers relying on discretion and circumstantial evidence in traffic stops involving possession, as Gov. Abbott suggested. This type of policing may increase arrests and citations in communities already struggling to deal with the consequences of disproportionate policing.

Even though prosecutors may not be going after low level marijuana charges in court, arrests and citations that don’t result in conviction can still be disruptive. The ACLU outlines some of these “collateral consequences”—losing a job, becoming ineligible for public housing, a suspended driver’s license, or restrictions on federal student loans. Worse, a record of small marijuana charges can lead to defendants later being tried as “career criminals” and given harsher sentencing.

APD’s insistence on enforcement disenfranchises low income residents and people of color. Regardless of officers’ intentions, this overly punitive approach to low level possession illustrates a disconnect between the priorities of local law enforcement and the realities of social inequality.

Ultimately, Austinites will have to wait and see how the resolution plays out. In May, Chief Manley will submit revisions to possession of marijuana protocol and policy to the City Manager. Given the long history of discrimination and racial profiling, the police department embracing the resolution would be a meaningful step toward racial justice and equity in Austin. 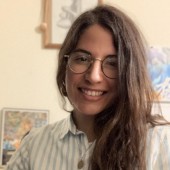 Ana Gabrielle Perez is a first year LBJ student pursuing a Master's in Public Affairs. Her background in community health inspired her interest in issues of social equity and economic justice, the policy areas she will pursue after graduation.